Support your local dealers by buying on Zicplace ! 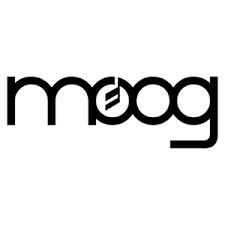 It is an inconspicuously compact, subharmonic bass machine designed to integrate seamlessly into any performance or  computer-based music workflow . Just as its progenitors, the Minitaur effortlessly does one thing above all others… wall splitting analog BASS. The solid steel enclosure of the Minitaur is deceptively simple - offering immediate access to critical sound design and performance controls only. This makes Minitaur extremely fast and easy to use--but just under the surface lies a vast expanse of dynamic and inspirational power that is instantly accessible from almost any laptop or MIDI controller. The free Minitaur Editor software truly unlocks Minitaur’s power and flexibility by making DAW integration and control completely seamless on both Mac and Windows machines. Load and save up to 128 presets onto your Minitaur, select from 6 different modulation waveshapes , engage Hard Sync, access full ADSR envelopes, MIDI sync the LFO, reset oscillator waveform cycles, polychain with other Moog synthesizers and more. Every feature can be manipulated, automated and recalled instantly.

The Grandmother is a playground that goes back to the roots of Moog modular synthesizers, in which the goal of synthesis is not only the result but an immersive journey into the world of discovery or experimentation. Able to create complex sounds and modulations, the semi-modular design of the Grandmother does not require a patch, allowing anyone, regardless of their experience and knowledge, to explore and discover the magic of analog synthesis. Inspired by the previous classic Moog modular synthesizers, the Grandmother's sound engine and integrated spring reverberation are completely analogical, providing access to an infinite range of sound, of incomparable beauty and power. In addition, the Grandmother also has an arpeggiator and sequencer for more fun. The additional patch and modular exploration capabilities will open up this playground to a new horizon allowing you to explore the infinite possibilities of module relationships. Patcher also allows you to redesign internal connections, each section can function as an independent module. In addition to its standalone functions, the Grandmother is also an ideal analog audio processor for processing external sound sources, as well as the perfect keyboard to accompany the Mother-32, DFAM or any modular system in Eurorack format. 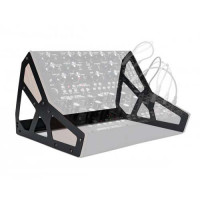 Rack 2U for Mother-32 and DFAM

Semi-Modular Analog Percussion Synthesizer and a vibrant deviation from the traditional drum machine. Handcrafted in Asheville, NC by the employee-owners at the Moog Factory, DFAM is the first addition to the Mother-32 family of synthesizers and presents an expressive hands-on approach to percussive pattern creation. It requires no patching, and absolutely no experience is needed for human-beings of any age to quickly begin synthesizing new and unique rhythmic compositions. Activated by an easy-to-use analog sequencer, DFAM’s emotive sound begins with a white noise generator and two wide-range analog oscillators. Oscillator hard sync and FM cross-modulation invite effortless transitions between rhythmic pulsations, resounding bass and resonant bells in an instant. DFAM’s distinctive voice is then shaped by a versatile Moog Ladder filter with two selectable modes: Low Pass mode imparts impact and dimension to each sound it touches, while High Pass mode opens the door to naturally expressive strikes, spikes and clangorous accentuations. DFAM behaves much like a living organism, reacting in different ways to different individuals. This is due to 3 dedicated analog envelopes working dynamically with the sequencer to ensure that tribal toms breathe, industrial impacts evolve, and cacophonous chaos can be spawned or subdued at the turn of a knob. Each DFAM ships with a package of Moog patch cables that unlock access to the 24-point modular patchbay. Use it to create new sounds or bizarre behaviors, synchronize an unlimited number of DFAM and Mother-32 units together, or fully integrate your analog instrument into a modular Eurorack production environment. Through exploration and experimentation, the vast potential of this expressive analog instrument is realized.

A distinctive analog instrument that brings raw sound, step-sequencing and extensive interconnectivity to any electronic or modular ecosystem. This expansive live performance and production synthesizer is designed to provide experimental musicians and synthesists with a diverse array of creative tools to inspire new ideas, unique sound and endless sonic exploration.Drive synchronized sound with Mother 32’s powerful step sequencer while utilizing its modular patchbay and assignable output to spawn a living, breathing organism with dynamic and modifiable sound processing. Patch multiple control and sound sources into Mother-32’s voltage controlled mixers and truly unlock the vast potential of this powerful instrument, or pull all of the patch cables, plug in a MIDI cable and simply drive your Mother-32 from any MIDI-equipped device. The Mother-32 is secured in an extruded aluminum enclosure with wood sides, but can also easily be relocated to almost any Eurorack enclosure. 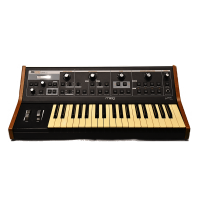 The Little Phatty is a monophonic analog synthesizer manufactured by Moog since 2006, preceded by the Voyageur and followed by the Old School Voyageur. Its design was conceived, among others, by Robert Moog himself, it is also the last instrument to have this distinction, although the main engineer was Cyril Lance. It is also the first synthesizer to be produced after his death. The Little Phatty is one of the Moog synthesizers to use the MIDI standard, the others being the Minimoog Voyageur, the Moog Taurus II pedals and, more recently, the Memorymoog +. In particular, this allows better integration into modern studios or even easier use in concert. There are currently three versions of the Little Phatty. Besides a few aesthetic differences, the copies almost all have the same generation of sound circuit. The Tribute Edition, limited to 1,200 units, includes for example blue LED lighting, ideal for use in the dark (such as in concert), wooden side panels and Bob Moog's signature on the back panel . The most recent Stage Edition added orange and red lighting, gray rubberized panels and the classic Moog logo replacing the signature. The third version, called Stage II has some slight mechanical and electrical modifications in addition to a USB interface, thus becoming the first Moog to offer up-to-date USB connectivity in addition to a daisy chain allowing to choose one or more editing phases. to make it a polyphonic instrument.

The ultimate Moog synthesizer - a tri-timbral, polyphonic, analog dream-synth designed to inspire imagination, stimulate creativity, and unlock portals to vast new realms of sonic potential. The first polyphonic analog synthesizer from Moog in more than three decades, Moog One is the culmination of years of research and has been developed to exceed principal expectations of a polyphonic Moog instrument.Moog One’s polyphonic sound engine is built on the most powerful synthesizer architecture ever employed by a Moog instrument. Per voice, Moog One offers 3 newly-designed analog VCOs, 2 independent analog filters, a dual source analog noise generator, analog mixer with external audio input, 4 LFOs, and 3 envelopes. To deliver an infinitely inspiring performance experience, each of the three timbres can be easily split or layered across Moog One’s expressive 61-note keyboard, each with its own sequencer, arpeggiator, and onboard effects library--including a suite of professional reverbs from Eventide®. Secured in a hand-finished Ash cabinet and aluminum enclosure, Moog One’s front panel is equipped with 73 knobs and 144 buttons, inviting physical connection with every sound shaping and performance control. Extended functionality is easily accessed via a per-module “More” button that brings additional parameters into focus using the Moog One center-panel LCD to ensure the most transparent and expedient sound creation experience possible. Moog One is an unprecedented conduit for the expression of your own creative voice. Sculpt, shape, and transform your own sound with nearly infinite possibilities.